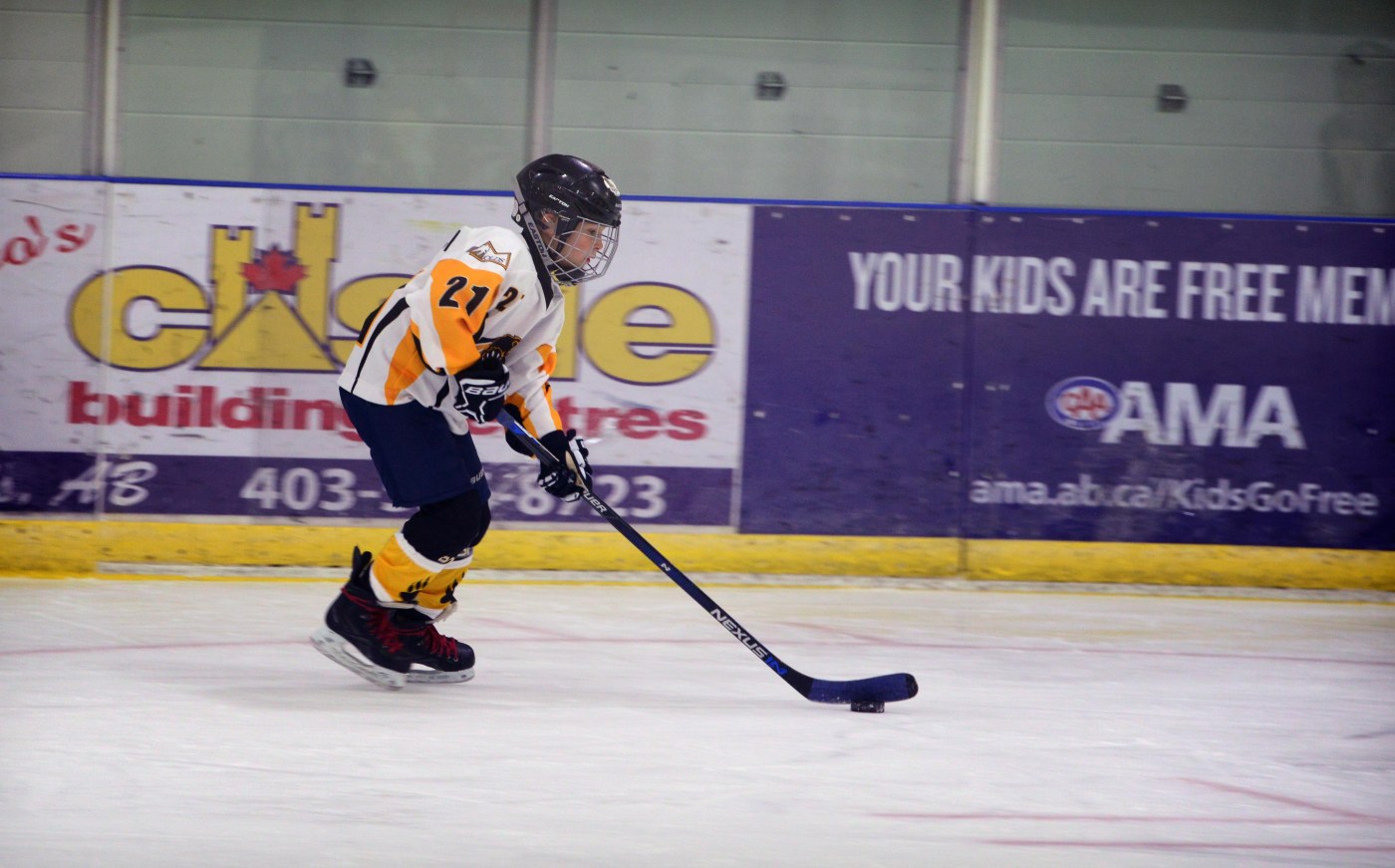 As I looked around the gifts at my baby shower, I was overwhelmed with emotion and besotted by my newborn son. My little boy was going to be adorned in the most adorable blue outfits. As I scanned over the spoils, I noticed that most of the items sported a common theme. There were baseball hats, jerseys, Nike shirts and Adidas pants. His new bibs had images of basketballs and soccer balls. His pajamas had small hockey sticks and nets. I was surrounded with images of athletics. I should have known then, what generations of clothes designers have known before me, that little boys love to be active and lots of little boys love to play sports. According to my family and friends, I may have just given birth to a future athlete. I was soon to discover that that they were right.

And so it began. There were swimming lessons at two-years-old. And soccer at three. We had an early marital arts introductory class and t-ball when he was four. It wasn’t that I was ever opposed to sports. I certainly wanted to keep my child active. To be honest, I didn’t really have a choice – my son would have been trying to play soccer with the cat if I didn’t keep him busy. But alas, the day came when the request to play minor hockey finally arrived. And my response was a very firm ‘no.’

I’ll be honest. At the time this formal request came in, I knew very little about hockey. In fact, I didn’t even know how to skate. But what I did know about hockey I didn’t like. So as with any major decision, I had to weigh the pros and the cons. So my list looked something like this:

And so, there you have it! As you can clearly see, my cons list was notably longer than my pros list. Consequently, my answer remained a firm “no.” My husband may have disagreed with this decision – but we’ll leave him out of this one. We both knew that if I wasn’t going to commit to minor hockey, then it wouldn’t be worth the battle.

And so I told my son he couldn’t register for Minor Hockey.

And I told my friends, I’m not going to be a Hockey Mom.

And I told my family that I’m not able to make that type of commitment to a child’s sport.

But eventually, I had to start rethinking that decision.

My son had dreams of being a “real hockey” player and he wasn’t going to let my decision not to register him for hockey to get in his way. And so his obsession began. First, every requested Christmas gift involved hockey. He wanted hockey gear, hockey jerseys, hockey pajamas, hockey nets, hockey pucks, hockey books, and a hockey Mr. Potato Head. Then, he stopped watching Treehouse and wanted to watch hockey games instead. Soon, he was recording these games and playing them back on the PVR so he could re-watch them and mimic the players’ moves in our living room. It was as if my five-year-old had developed an insidious plan to convince me to change my mind.

One day we were visiting a friend, and my friend noticed that my son was wearing a Toronto Maple Leafs jersey. My friend asked my son if the Leafs were his favorite team. When he answered no, she further questioned him and asked which team was his favorite. His response: “I don’t have one. I can’t have a favorite because I don’t know which one I’m going to play with when I get older. And the team I play with in the NHL will be my favorite team.” Of course, my friend could only chide at my “heartless” decision to deny my child his hockey enrollment.

At another time, I watched my five-year-old rush from watching a hockey game on TSN and run into the bathroom. He stayed in there for several minutes and then emerged with wet hair and water running down his face. I asked him what he had done, and he explained that he wanted to look like a real hockey player so he needed to have wet hair and a wet face. I could do nothing but laugh as my son clearly had no idea he was trying to replicate sweat.

But that’s when I realized I had to change my mind. No I didn’t want to be a Hockey Mom. I did not want to become part of that rink rat race. But I had a child who desperately wanted to be in an arena and playing Canada’s favorite game. I could only think of all the parents out there (my husband included) who desperately wanted their child to be part of that hockey culture. Could I really be the one who kyboshed the dreams and enthusiasm of a five-year-old just because I didn’t want to be part of hockey?

And so, my answer to that question was also a firm “no.” Even if they were not my own interests, I had to help my son pursue his. It was an important lesson for me to learn as a first time mom. But it was not the only lesson I would learn over the next few years as his hockey life became my hockey life.

I still don’t know everything about hockey. I’m not going to pretend to be an expert. But do know a little about being a Reluctant Hockey Mom.

I hope you’ll stay tuned for more of our adventures and my reflections from our time at the rink.

5 thoughts on “A Hockey Mom is Born”