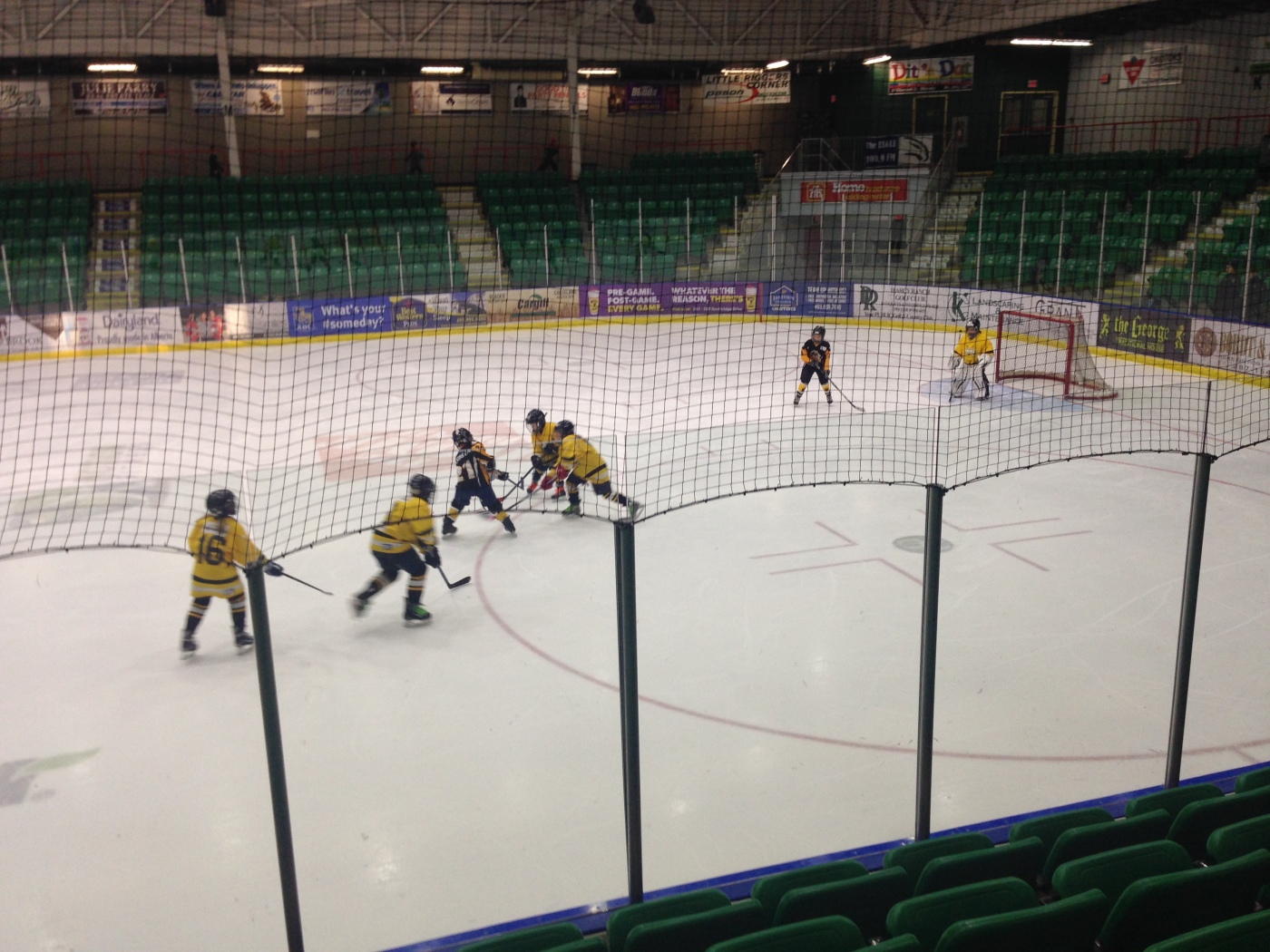 The allocation of playing time in youth sports is a heated and controversial topic. It is also a topic that is multi-faceted and can be misunderstood by parents who don’t always recognize the complexities that coaches are faced with when you consider the variety of ability and commitment levels of each child on their team.

Personally, I have been the parent of a child who has likely received more playing time than most of his teammates. I use “likely” because I was never actually paying attention to his playing time. I knew he was receiving what I considered his fair share of game play. However, during another sports season, I was also the parent who watched that same child receive far less playing time than any other child on the team. And that’s when I did notice and that’s when I did start to pay a lot of attention. My response at his limited playing time was one of heightened emotion.  Concepts like unfairness and inequality were running rampart in my mind. After all, I paid the same registration fees as everyone else and my son shows up for each game and practice like every other player. But before I turned into the helicopter parent crying out over the injustice of youth sports, I needed to dig deeper into this complex issue and explore the multi-faceted dynamics my son’s coaches are facing when trying to determine where the playing time is allocated.

In a Performance-Orientated Approach:

In competitive sports, there is a high priority placed on winning from all participants. The importance of striving towards such a goal and learning to win and lose at an early age cannot be deemphasized. Consequently, many coaches will lean towards a Performance-Oriented approach with their teams. Although, as parents, we essentially want our children to experience winning, it’s important to recognize that there are both social and psychological effects to the Performance-Oriented model for young children (less than 14 years old). As a result, many organizations have adopted “fair play” and “participation rules” to recognize that there can be a considerable negative impact.

Lorentzen (2015) described that the Performance-Oriented approach will likely work best on a team where the athletes present with similar levels of skills (ideal scenario). In such a scenario, there will likely be equal allocation of playing time and this will produce the greatest successes. This is also considered the easiest scenario for any coach.  However, this ideal can be a rarity; especially in rural areas and when children come to the game with varying levels of experience. First, there can be an almost two years difference for some players on a team. For example, a January birthday for a second year Atom level Minor hockey player, could potentially mean almost two years more experience on the ice than a first year Atom player on the same team who has a December birthday. Secondly, some children in sports are greenhoused– that is, they are provided with the optimal conditions to develop their skills. Perhaps their parents have a keen interest or background in their children’s sport. Or perhaps, the child’s family has been able to enroll them in strong camps and programs that have fostered their development. Hence, like a greenhouse, these children are provided with excellent conditions for growth in their sport of choice. In contrast, there are children who may be part of the team that have minimal supplementary experiences. Perhaps their parents have never played the sport at all. Or perhaps, the children have not been provided with additional training opportunities. As such, while these children who have not been greenhoused, may have natural skill and talent, they may enter a team with abilities that are less advanced than some of the others on the team. In a Performance-Oriented approach, the greenhoused children are likely to receive more playing time, furthering the development of those children’s skills. In addition, parents who spend the time and money greenhousing their children can sometimes have high expectations for their child’s playing time and place a great deal of pressure on coaches based upon their perceived entitlement due to the level of effort and/or expense they have now accrued for their child’s development.  As such, in a Performance-Oriented approach the divide between skillset development amongst the more advanced athletes and the weaker players continues to grow. This can further impact the team dynamics as a whole. Lorentzen (2015) highlighted this idea and explains that “the effect of putting too much emphasis on competitiveness, or exaggerating the objective of being the best team, can result in a loss of young athletes whose potential is not fully developed.” Essentially, in a Performance-Oriented model there may be athletes whose development is not fully realized. Bowen (2018) further explains that “you don’t know at age 8 or 10 or even 12 who will be the best athletes.”

As Lorentzen describes, the unequal allocation of playing time in a Performance-Oriented approach can also polarize a team. The less skilled players can start to fell unappreciated and this can result in low motivation. Relatedly, the strongest players can potentially view the less skilled players as weaknesses on the team. As a result, team spirit and continuity can be negatively impacted. In some cases, less skilled athletes can feel isolated and less valued. In turn, this can impact their motivation to continue in sports. A child who feels less skilled, isolated, devalued, and less motivated is going to struggle to enjoy their time on the team and have fun. This can further negatively impact their interest in continuing to develop within the sport. As Solomon (2018) indicated, “equal playing time can help stave off early retirements for so many more kids.”

Lorentzen further suggested that a Performance-Oriented approach is more appropriate for older children and adults. After they are thirteen-years-old, when children become more mature and develop more abstract thought, a Performance-Oriented approach appears to have more merit and less detrimental effects. Prior to adolescence, “the philosophy behind equal playing time” is “more important the younger the athletes are.” Furthermore “younger athletes are more sensitive than older athletes and they are …in a learning process.” (Lorentzen, 2015). Solomon (2018) further indicated that “Playing time shouldn’t be earned at younger ages. It should be paid forward to develop a future athlete.”

While there are so many reasons to support a Mastery-Oriented approach which includes equal playing time for all children, there remain additional factors to consider.

When it come to the allocation of playing time should “equal” by synonymous with “fair”?

And before you answer that question consider the following:
Should a child who is attentive, fully engaged, enthusiastic and punctual be rewarded for these positive behaviours with increased playing time? Should that same child, regardless of skill level, also be given more playing time over a child who is disinterested, tardy, disengaged or misbehaving?

One argument is that mandated “equal” playing time does not promote that a child should “work hard” or “earn” their playing time. This is turn, does not teach young children important life lessons about motivation, commitment, and engagement. Essentially, based on this ideology coaches should reward those who deserve to be rewarded. Conversely, are challenges such as the failure to receive that coveted playing time a good motivator to develop one’s skills? As in life, it is important that children learn early in their athletic development that “for the most part, hard work, effort, planning and desire is rewarded” (Speros, 2014). Relatedly, Elmendorf (2014) reported that unequal playing time can promote self-reflection for players. Ultimately, this self-reflection can lead to further psychological and physiological growth. Elmendorf explains that players need to engage in self-reflection if they are unhappy with their playing time. This should be further extended to parents who can help their child with the development of self-reflection. As Elmendorf outlined, consider the following questions:

In addition to engagement and behaviour, a coach also needs to make in-the-moment decisions during game time. These decisions are based on the players who “show up” (both physically and mentally) for the game and their opponents. At times, the coach will need to adjust playing time in order to keep a game close in score and motivate the team to continue to put their strongest effort forward. While this might not mean equal playing time, it may be the best decision for the team during that game and/or their season.

For many coaches and parents, these are integral areas that need to be considered when determining whether a child should be benched or in the game. And that these factors lead to “fair” playing time rather than a mandated “equal” playing time. In the end, we all want to play to win but be as fair as possible.

Allocation of Playing Time is a Multi-faceted and Complex issue

While it appears that there should be an emphasis on a Mastery-Oriented approach to team organization for pre-adolescents, we cannot discount how behavioural factors can also impact the allocation of playing time. As parents, we need to recognize that when your child’s coach is making the decision about playing time, there are many factors that need to be considered. But ultimately, your child’s coach is in the position to make those decisions.

Coaches,
I hope if you’ve read this, you’ll consider the multi-faceted issues related to the allocation of playing time and reflect on your own approach. As a parent, I appreciate when coaches communicate with me how they approach playing time on their teams. Lack of communication can lead to misunderstandings between parents and some disagreement when decisions are made. Communication at the start of the season can promote much greater understanding between you and your parents.

Parents,
I hope you’ll recognize that coaches are dealing with a variety of complex concerns including pressure from both athletic organizations and the parents of the athletes on their team. They have taken on a challenging role and we need to appreciate their time and commitment to your child’s development. At times, you will disagree with the decisions made by your child’s coaches. This is normal. But please take every opportunity as a chance for your child to learn and grow as an athlete. And if you do feel the need to approach your coach about a concern, do so after a 24 hour ‘cooling down’ period. This will increase the chances that you will have a discussion with the coach that is not dominated by emotions. And when you do approach your coach with such a concern do so with respect and understanding of the complicated balance related to playing time that they are trying to achieve.

Elmendorf, K. (2014). Playing time should be addressed before the start of season. Retrieved from https://www.nfhs.org/articles/playing-time-should-be-addressed-before-start-of-season/

Goldberg, A. Playing time – Parents: Dealing with the painful issue of your child’s playing time. Retrieved from https://www.youtube.com/watch?v=-IcyQdE6BN0

Speros, B. (2014). There’s a reason why your kids aren’t playing – they’re not good enough. Retrieved from http://archive.boston.com/sports/blogs/obnoxiousbostonfan/2014/10/were_about_a_month_or.html

A special thanks to Paul Neil for his insight into this topic! 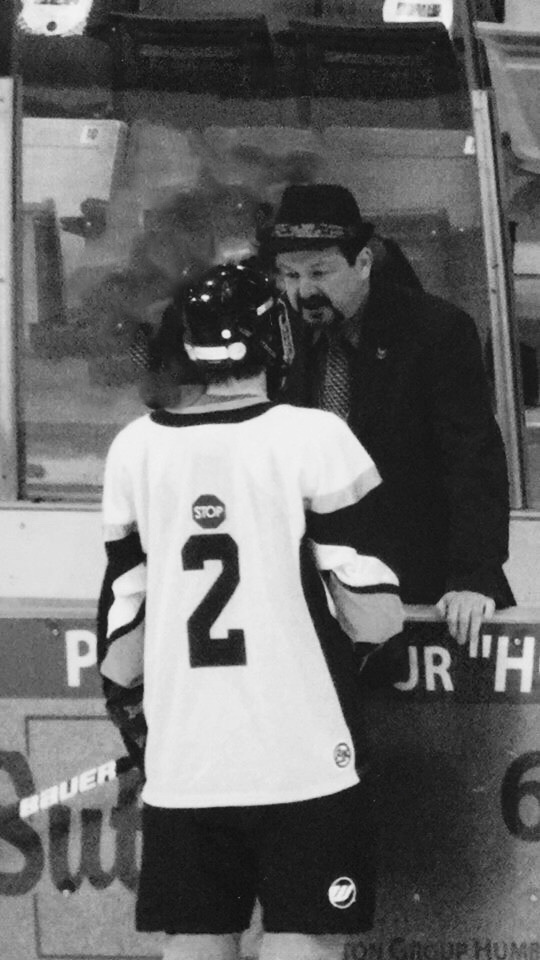